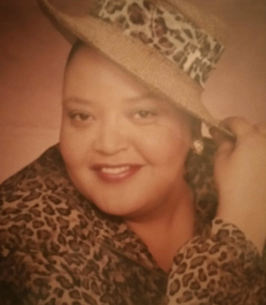 Benita Lanett Hicks was born May 18, 1961, to Charles N. Hicks, Sr. and the late Ruby Miller Hicks in Bessemer, Alabama. Affectionately known as NeNe, she was the third of seven children.

At an early age, Benita gave her life to Christ and was baptized at Ward Chapel A.M.E. Church under the leadership of the late Reverend S.D. Parker. Until failing health, she was a faithful member. She attended church regularly and served on several committees and boards.

Benita was a graduate of McAdory High School Class of 1979. She continued to further her education and attended Booker T. Washington School of Business and Birmingham Southern College obtaining degrees in Business and Social Work.

After college, Benita relocated to Los Angeles, California. For many years she worked as a Paralegal before returning to Bessemer, Alabama. Subsequently, she soon found her calling and realized her intense desire to help others. At that point, she became a Certified Nursing Assistant at Oak Trace Rehabilitation Center in Bessemer, Alabama. Based on her accomplished knowledge, she was promoted to Social Worker where she dedicated many productive years.

Additionally, Benita worked a part-time position as a Sales Associate at J.C. Penney in Fairfield, Alabama. Her superb flare for fashion exploded and she became a model for the store. Courageously, she showcased both her inner and outer beauty.

Benita was a loving mother, grandmother, great grandmother, daughter, sister, aunt and friend. She was known for her contagious laugh, booming personality and generous spirit. NeNe never met a stranger and will be greatly and truly missed.

On Wednesday, January 19, 2022, Benita left this life and found eternal peace with the Lord. Preceding her in death was her loving mother, Ruby M. Hicks and brothers, Michiel C. Hicks, Sr. and Stevens B. Hicks.