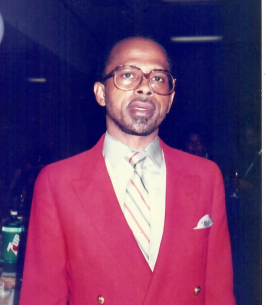 He was a lifelong resident of the State of Alabama and was born in Overton, Alabama. His family moved to Brighton, Alabama when he was a child, and this is where he grew up.

Benny graduated in the Class of 1965 from Brighton High School. Later, he went on to work for Vulcan Material and Stamping. He moved forward and sought employment at O’Neal Steel, Inc. where he joined the Steelworkers Union and became a Union Representative. As a Representative, he was led to hear cases throughout the United States.

Benny also was very much involved in his community as a leader and he courageously led by example. He was a baseball coach; he became a City Councilman by vote and served his community in every aspect. He was a great community leader.

He had a way of expressing himself that just didn’t come out right sometimes. At the end of the day, he loved his family and friends.