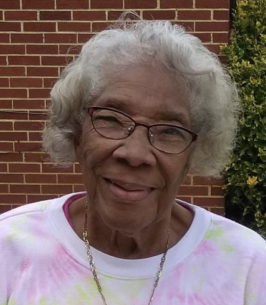 Heaven has called home another beautiful servant of God. The matriarch of the Herndon family.

Etouise, affectionately called “Etta,” was educated in the Gaston County Public School System. After moving to New York State she attended cosmetology school and owned a hair dresser salon in South Fallsburg and Monticello, New York. Some years later, she worked for the municipal government as a care provider for children with disabilities where she used her expertise in crafts.

Through the spiritual leadership of her Aunt Memphis (Memphis “Brownie” Brown) and Aunt Bee (Parthenia Torrance), Etta accepted the Lord Jesus Christ as a young adult. She placed her membership at the Gospel Spreading Church of God in Harlem, New York--the Radio Church of God-- where she was a member of the choir.

When Etta fell ill from a respiratory problem, these two aunts sent her to the Catskill Mountains in the early 1950s in order to live with their close friends from the Radio Church of God in Harlem, Rev. Gratnie Smith and his wife, Mrs. Maggie Smith. The Smiths had recently relocated to that scenic, resort area and Etta’s aunts felt that she needed the quiet, healthy environment there in order to recover.

They were right. As Mother Smith nursed her, Etouise’s full strength returned and she became close to the Smiths, their daughters, and other members of that church. She decided to make her home in South Fallsburg near this family and became a member of the church they established, First Church of God. She was a faithful church attender and was a key mover in establishing the present location and constructing the building of the current congregation.

On December 28, 1968, Etouise married Johnny Jordan in Monticello, New York. Sharing their gift of hospitality and family, they opened their home to several foster children. Upon their move to Bessemer, Alabama they became members of the 28th street Church of God on October 28, 1988.
Etta, as she is so fondly known, was gregarious. Everyone she met became a friend. She was well known as a friendly, regular customer at many local businesses. She was devoted to her beautiful needlework and enjoyed crocheting blankets for family and friends. If you were fortunate to receive one of these hand-made gifts, every stitch was done with love and a treasure to remember Etta by. Etta’s days were full of affection from her lapdog Scooter that she spoiled with love and treats.
Etta inherited a love of flowers and hats from her aunts. You would seldom see Etta in church without a beautiful hat and you could often find Etta in her garden with a sun hat crowning her head. Etta loved her family, friends, church, and community through her thoughtful words, deeds, and gifts. This was best of Etta: to make strangers into friends and care for them with generosity.
Etouise was preceded in death by her parents; her husband; a brother, Alonzo Gardin; a goddaughter, Annette Green; and other relatives.
She leaves to cherish her legacy, a special, devoted niece and companion, Helen Steele, who she lived with and was a loving caregiver at a critical time in her life until death. She also leaves a special, devoted cousin, Phyllis Herndon Jenkins (Benjamin) - Gwynn Oak, Maryland; several other special cousins: Beverly Drew - Raleigh, North Carolina; Robinson “Rob” Herndon (Lorraine) - Suitland, Maryland; William “Chris” Herndon - Charlotte, North Carolina; Anita Herndon Burris (William) - Gastonia, North Carolina; loving in-laws: “sister-in-love,” Katie Johnson - Bessemer, Alabama; and “brother-in-love,” John Wesley (Vicky) - Fort Wayne, Indiana; and a caring godson: Samuel Butler - Baltimore, Maryland; and two special goddaughters, Katherine Wright of Birmingham, AL and Sandra Abner of Bessemer, AL. Etta’s memory is held fondly by a host of other nieces and nephews. She is remembered by her caring neighbors, Olivia Bizzell and Annette and Richard Dial - Bessemer, Alabama, and will be deeply missed by her church family and a multitude of friends.