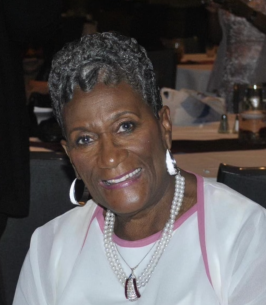 Eula Pearl Mccoy, was born April 9, 1940 to Eula Parker (Wesley) and Father Robert Payne in Greenville, Al.
Sister Eula Pearl accepted Christ at an early age and later in life she was a faithful member Earnest Chapel Presbyterian church. When Eula Pearl was a young girl Mr. and Mrs. Parker moved from Butler County to Jefferson County. Sister Eula Pearl early education was at William Councill elementary school in Birmingham, Al and she graduated from Westfield High School in 1958. She had a strong love for Basketball and played on her High school team and was lettered.

After Graduating Westfield High School Eula Pearl moved to New York and lived in Queensboro where she worked for Westinghouse Electric Corporation for a couple of years. She then moved from New York to Gary, Indiana in the early 70’s where she was employed at Glen Park Cleaners and Inland Steel. On August 20, 1973 she gave birth to her only son Andre McCoy Sr. She went back to work for the cleaners until 1977 and then she started employment with the Gary Public Transportation Corporation (1st transit) with Local ATU 517. Sister Eula Pearl retired from Gary Public Transportation Corporation in 1991.