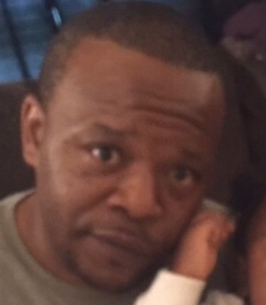 Johnnie Cunningham, III affectionately known as John-John was born July 19, 1975 to the late Johnnie Cunningham, Jr. and the late Bessie Hatcher Cunningham in Birmingham, AL.
He attended Jess Lanier high school and graduated with the class of 1993.
As a youth he was a member of Restoration Revival Tabernacle under the leadership of pastor John Lee Jackson.
He began working at the young age of 13 at 4th Avenue Supermarket as a bag boy/ cart pusher in 1988, which began a lifetime of passionate contribution to his various places of employment like food giant, Home Depot, Direct TV, Piggly Wiggly Warehouse. He found his niche of warehouse and manufacturing jobs like OfficeMax, Gestamp, and most recently Southern Case Arts. At Southern Case Arts he became Lead Man Shipping; and, more importantly he became family. Johnnie loved it there and his coworkers loved and appreciated him there too.
John-John enjoyed playing basketball, video games, buying sneakers, and especially spending time with family and friends. He was a part of many families as people would take him on as a brother, son, or uncle. He never seemed to meet a stranger. His love for his work, his family and his people leave behind a legacy of excellence and honor.
Johnnie transitioned from this life and on to glory on May 22, 2022 in Bessemer, AL. He was a loving brother, uncle, cousin, nephew and friend.
He was preceded in death by his sister Felisa Hatcher Curenton (Sidney).
Loving memories are embraced by his sisters; Rachel T. Cunningham, Leah T. Cunningham, Miriam E. Cunningham, Alexis L. Cunningham-hall (Shon), Antoinette Shell, his special friend Donisha Foster, 6 nephews 7 nieces and a host of other family and friends.