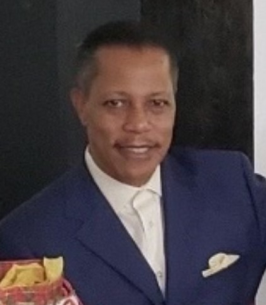 On a warm, Georgia summer’s eve, God gifted Vivian and Joseph Jackson one of the most beautiful souls the world will ever know. Tuesday, August 5, 1952, Joseph Randle Jackson was born to a hardworking contractor and a sweet homemaker whose love was pure and kind.

Randle, affectionately known as ‘Randy’, was the firstborn of the Jackson tribe. As the eldest of their brood, Randy’s wisdom, and leadership would take form early on as he helped guide his siblings and developed in heart, mind, and spirit as the family patriarch he would one day be.

With roots set in Decatur, Georgia, the Jackson family headed North and settled in Brooklyn, New York for a span of 10 years. Throughout childhood, Randy enjoyed southern summers back home, music, and musicianship with an interest in wind instruments and a focus on the soprano saxophone.

By the late ‘60s the Jackson family ventured out west, relocating to the sunny city of Los Angeles, California, and reuniting with a few of his favorite Georgia relatives; Randy was happy to be home. There, he attended Alain Leroy ‘Locke’ High School and graduated in 1972.

Randy went on to attend the University of California (UC) Santa Barbara, where he earned a Bachelor’s degree in Political Science in 1978, and the University of West Los Angeles School of Law for two years. During law school, his passion for sales and entrepreneurship kicked into high gear and he shifted focus, leaving law school behind and diving headfirst into an industry that exhilarated him: Business and Sales.

Being the fearless go-getter that he was, Randy quickly became a Jr. Buyer for Arco Oil, in downtown Los Angeles, California, where he spent more than 10-years acquiring new accounts and managing logistics. Eventually, his experience with Arco Oil birthed his vision to find partners and investors to create a chain of gas stations and food marts, which was the endeavor that brought him back to the south.

In the early ‘90s, Randy became a Birminghamian, and in true entrepreneur fashion, he pivoted. One undertaking lead to another, and one fork in the road lead to another road untraveled and the purchasing of a 17-story commercial building in Birmingham became a greater reality.

Through partnership, he obtained the formally known ‘Bank for Savings and Trusts Building’, located at 1919 Morris Avenue, where he and colleagues had dreams of creating luxury condos, lifestyle amenities, and office spaces that would house an array of thriving industry-focused businesses. This giant effort had many successes but ultimately came to an end. But not before serving a greater purpose, that is. During this time (1995-1999), many connections were made and new interests were incubated. Randy began and housed his real estate company from his downtown building selling commercial and residential real estate. There, he met business associates that became lifelong friends and his companion, Gloria Norris.
Randy’s Birmingham roots grew deeper, he was there to stay! In 2001, he moved his mother, Vivian, aunt Jeanette, four nieces, and two nephews to Hoover, Alabama for a fresh start. Hoover became their springboard and provided a new lease on life and opportunities. Before long, several family members had migrated south for the very same reason, with Randy shepherding and paving the way. Although he fathered no children of his own, much like Aunt Jeanette, who was a second mother to many, he too, would be a father figure and provide plenty. The Holloway Kids were much like his own, and their mother, Sherry, later joined.

In 2012, Randy added luxury car sales to his repertoire and took his love for people, and niche for high-end sales to Cadillac of Birmingham where he created a loyal clientele, and an impeccable reputation and standing with the company. There, he met his friend turned spiritual mentor, Reverend Paul Moman.

Randy was a hardworking lover of life. His life was well-lived and well-loved, and he enjoyed the harvest of his labor. He was a dignified, classy man with sophisticated taste. He loved the Lord with all his heart and received the precious gift of the Holy Ghost at his home church, Greater Bethlehem Temple Church in Inglewood, California. He shared everything he had with his friends and family and deeply enjoyed live entertainment. He loved to indulge in great cuisine, attending concerts, and comedy shows, hosting gatherings and making his famous Apple and Chocolate-Tini’s. This world owes Joseph Randle Jackson, nothing!

He was preceded in death by his mother and father, Vivian and Joseph Jackson; brother, Kenneth (KJ) Jackson, and aunts, Helen Jeanette Clopton, and Mary Emma Tate.