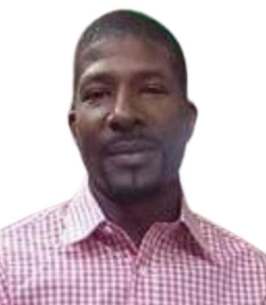 Kenneth Rechard Clarke Sr., affectionately known as “Kenny and Backdoe”, was born on November 25, 1982 to James and Inger Hilliard. Kenneth was called to eternal rest on May 8, 2022, after living a very fruitful life.
Kenneth was baptized at the First Baptist Church of Roosevelt by Pastor Bobby L. Palmore Sr. He attended Sunday School and participated in incalculable Christmas and Easter dramas. Kenneth was an active member of the First Baptist Youth Department.
A few months ago, after being apart from the body of Christ, Kenneth expressed a desire to “change his life.” He confided in many of his friends and family that he was on a “new journey”. He didn’t just say it, he exemplified it. He cut his locks and connected with ministers for Bible study.
Kenneth was a person who loved people. He never met a stranger. He was always willing to help anyone in need. He fed the homeless and often offered them a place to stay. His hobbies were cooking and dancing. On numerous occasions, he prepared meals and invited everyone to “come get a plate”.
His unspeakable joy was his children and grandchildren. The highlight of his day was when he was the “babysitter”. His favorite excursion with them was the strawberry patch. He always made certain that the children had a good time with their Paw-Paw.
Kenneth attended Hueytown High School where he was an asset to the football team. He received the Most Valuable Player Award. Upon graduating, Kenneth enlisted in the United States Army as an air traffic controller. After serving his country he returned home and joined the workforce at U.S. Pipe. Kenneth continued his education and became a certified electrician paramedic.
He leaves to cherish his memory - parents, James and Inger Hilliard, children: Karielle, Kiara, Leilani, Kenneth Jr., Cammora, Kolby and Kelin; grandchildren Noah and Harmoni; sibling, Natalie Hilliard. Parental love was also extended to Kenneth by Brenda Jennings-Yarbrough, LaQuita King, Tammie Brantley, Earnest Reeves, and Nathaniel Stokes. Kenneth was preceded in death by his loving grandparents: Willie Clark and Marie Jennings.
One more angel in heaven, one more star in the sky.