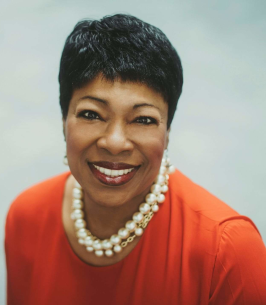 Sister Rosie Marie Anderson, was born November 14, 1955 in Birmingham, AL, to the parentage of the late William and Ethel Anderson.

She confessed hope in Christ at an early age and became a member of Brantley Chapel Church in Bessemer, AL. She later became a member of Faith Chapel Christian Center and then later joined Church of The Highlands, located in Birmingham, AL. She served faithfully as a member and greeter at both churches until her untimely death on June 2, 2022.

As a student, she attended elementary school at Paul Lawrence Dunbar and later graduated and received her high school diploma at Jackson S. Abrams High School, Bessemer, AL. Her undergraduate journey started at the University of Alabama in Tuscaloosa,. Later, she received her Bachelors of Science in Business Degree at the University of Alabama in Birmingham.

She was employed at the Jefferson County Courthouse in Birmingham, AL, as well as an insurance agent and a former real estate agent with Keller Williams Realty, Inc. She loved to travel and enjoyed her life as much as possible when the opportunity arose.

Rosie was preceded in death by her parents and brother, William L. Anderson, Jr.