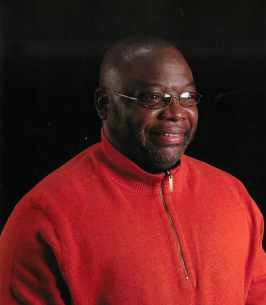 Rufus was born to Rufus and Dorothy M. Harris in Bessemer on August 20, 1965. He was the fourth child in a family of five brothers and one sister. Attending Bessemer City Schools, he was a graduate of J. S. Abrams High School, class of 1983. He continued his education at Tuskegee Institute and Alabama A&M University. With a great love for sports, especially basketball, Rufus played in high school, college at Tuskegee, and while on active duty with the U.S. Army. During his early life, he took on the nickname, Tojo.

Rufus was honorably discharged from the U.S. Army after several years of service including a stint in Germany. For several more years, he was employed by the U.S. Postal Service working out of the main branch in downtown Birmingham. Later, he worked part-time at The Guiding Light Church. Tojo, as he was fondly called by family and friends, was a sharp dresser, from his hats to his shoes, an avid reader, quiet, and a bit of a loner. He loved sports, especially playing ball, loved singing, and loved giving. And he loved his daughter, Ja’Lyn.

Having confessed Jesus as his Lord and Savior early in life, Rufus, later in life, made a major life change and rededicated his life to the Lord. He first joined First Baptist Church Woodward, under the leadership of Rev. Adolphus Moody, where he sang in the choir and Male Chorus. In later years, he joined and faithfully served Hill City Ministry under Pastor Frank Nevett. After a five year courtship, he married Cheryl Strickland in 2016. Rufus then began to frequently attend The Guiding Light Church with her. His conversation changed to one of sharing the Good News, as his lifestyle changed to spending more time with likeminded believers and becoming a greater servant.