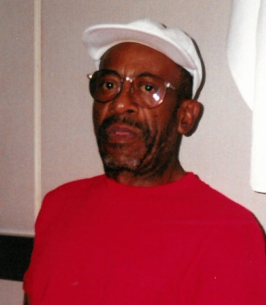 Winfield Odom, " Bert" ,was born December 21, 1940 to the late Mr. Lockett Odom and Ms. Edna Pearl Davis in Eutaw, Alabama. He was a firm believer that God is real!
He grew up in Eutaw Alabama with his paternal grandmother, Mama Ida. In that home, his uncles and aunts were more like brothers and sisters to him. It was the solid foundation on which the man he would become was formed. Bert always talked about how much education was important to Mama. Although she couldn’t read he was going- she even sent him to school on a Saturday and he dared not say anything about it.
When Winfield graduated from high school, where formed many life-long friendships, he
enlisted in the army during the VietNam War, November 1959 and was honorably discharged in December of 1967. Winfield’s time in the service led to him being a clean freak! Everything had a place. His commentary on our government could be harsh but was fair.
In 1969, Winfield married the love of his life Beverly Head. They moved to New York City as part of the Black migration and built a life for themselves. Oh, what a life it was! They spent an amazing 52 years together in love. They poured that love on their daughter, grandchildren, family and friends so abundantly. During the last few years, they moved back home to Alabama. This is where they wanted to be. Bert and Beverly were one.
Winfield worked in the variety of fields from Xerox repairman to MTA a token Booth Clerk and finally the United States Postal Service where he faithfully serviced bas a labor union shop steward he enjoyed figuring out problems and assisting others
Winfield loved to garden, build, budget, research anything from stocks and cryptocurrency to our family tree. He loved to learn And was the first person in our family to go to college. Bert spent many hours talking and building relationships with those family and friends he held so dear he shared himself.
On January 24th 2022, Bert laid down and joined the host of Family and friends in the Eternal presence of the Lord. His vow was to love and honor until death. This he did do. Oh how he loved Bev.
He will be remembered as a loving devoted husband and father grandfather friend nephew cousin and uncle.
His wonderful memory will be cherished by:
Beverly Odom, wife, Winifred Patterson, daughter, Khadijah, Wyatt, and Weylin Patterson, grandchildren, Helen Williams, Marie Lewis, and Mataline Bryant, paternal aunts, Cassandra, Roderick, and Mark Odom, niece and nephews, Queen Annie “Louise” Hamby, Geraldine Simmons, Ola Bell Sanders, Otis Sanders, Linda Avery, Theresa Peterson, Mildred Gill, cousins, the Eutaw HS Class of 1959 and a host of family, friends and acquaintances.